Original artwork by Larry Francis. Printed by permission of the artist. 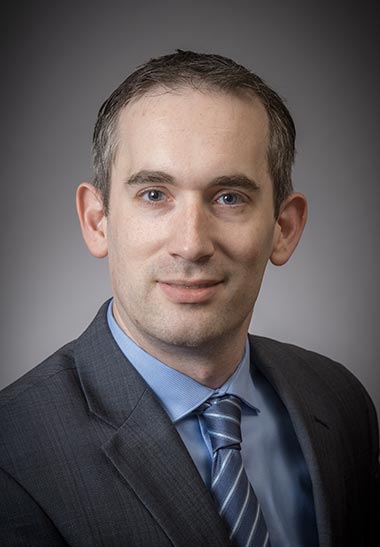 Brett Benton is a partner at the firm, where he has practiced since 2005.  During this time, he has represented businesses and individuals in complex insurance coverage and bad faith actions in both state and federal court.

Brett has assisted clients in obtaining substantial recoveries from insurance companies for property damage claims involving fire, wind, and water damage. He obtained a significant recovery of insurance proceeds on behalf of an oil refinery following a large industrial fire, and served as co-class counsel in an action that recovered $1.5 million on behalf of approximately 3,500 Pennsylvania automobile policy holders.

In addition to property damage claims, Brett routinely assists individuals and businesses with disputed liability claims, working to secure coverage for both their defense costs and any judgments entered in lawsuits filed against them.

He also represents victims of negligence in a wide variety of
personal injury actions, as well as clients in commercial disputes
involving contracts, trade secrets, restrictive covenants, and partnership disagreements.

Brett Benton graduated from the University of North Carolina at Charlotte with a B.A. in Political Science. In 2004, Brett received his J.D. from the University of Pittsburgh School Of Law, with honors. Brett also received an LL.M. in Trial Advocacy in 2010 from Temple University’s Beasley School of Law. He is licensed to practice law in both Pennsylvania and New Jersey.

Brett is a volunteer attorney at the Philadelphia Support Center for Child Advocates, where he represents children in dependency actions. He serves on the board of both the Pennsylvania Court Appointed Special Advocates Association, and the NextGen division of the Jewish Federation of Greater Philadelphia. He is a member of the Philadelphia Bar Association and is an elected Committee Person serving on Philadelphia’s 30th Ward Democratic Committee.